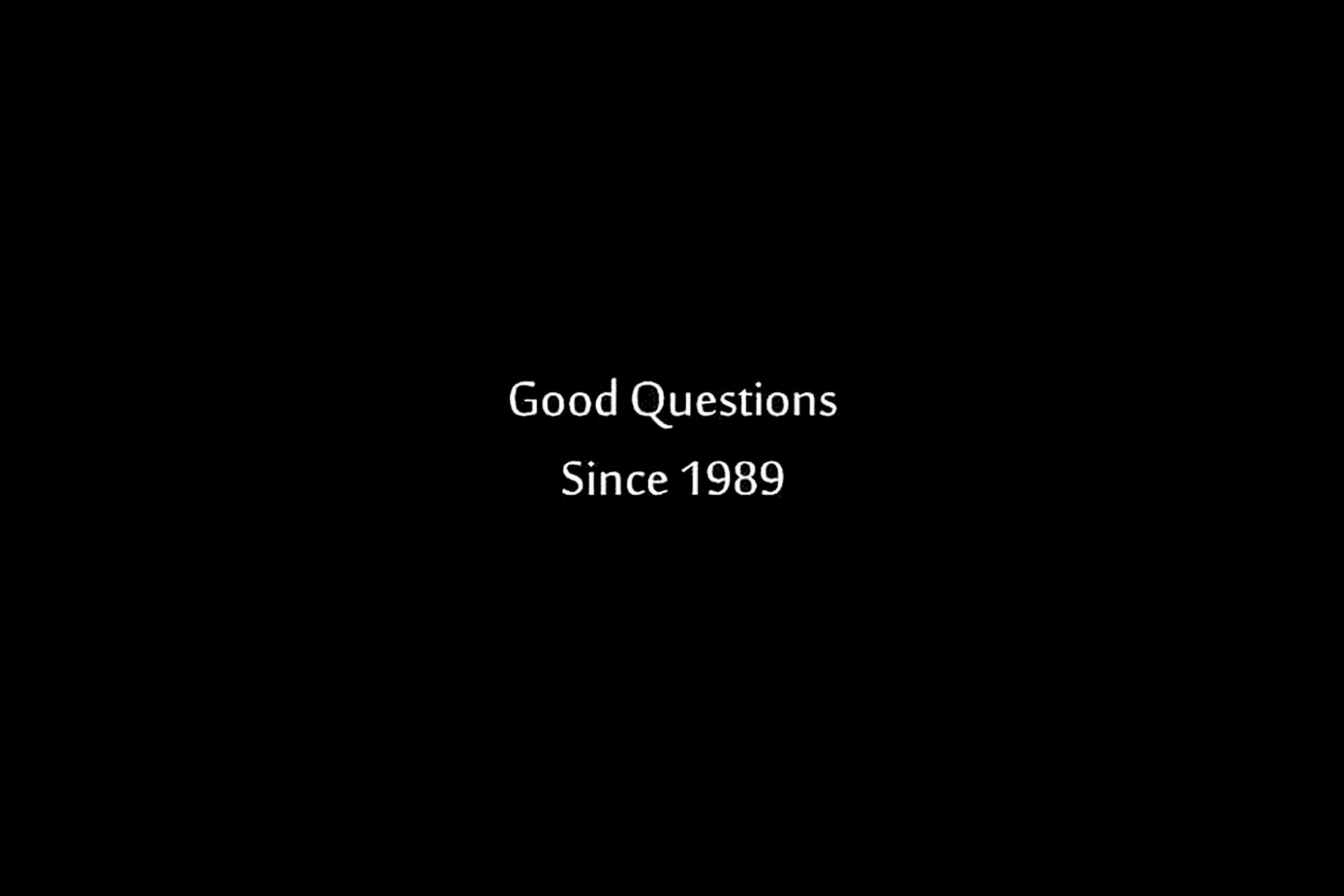 Decide The Ending To This Story

It was a Saturday. John had recently moved into his new apartment and was in the process of unpacking the wall of boxes standing tall in his living room.

After a couple of weeks adjusting to the new environment, he decided that this weekend he’d finally unpack.

In a box labeled “fragile” and among a bundle of gym clothes, John found a painting his younger sister had made for him before he moved. It depicted a tall, self-confident man in a suit, smiling at the viewer, and plugged by an electrical cable to what seemed to be a small red machine with wheels and a sign that read: “Good Questions Since 1989.”

As he stared into the man’s eyes, he wondered what his sister meant. He liked the painting and decided to put it up on the center living room wall. He managed to find the old rusty coffee can where he kept nails and screws and stuff. But after seven other boxes and lots of things all over the place, he gave up the quest for his toolbox.

Suddenly, the art restoration shop across the street came to mind. He had noticed it more than once: different, fresh, full of light and color. “Hey!” he thought “Maybe they could lend me a hammer.” He skipped over to the window and looked down to check if it was open. It was.

“Good” he thought. “The owner, that tall, self-confident young man that wears a suit, seems to be a nice guy. He might even remember me — I’ve seen him more than once at the café next door. Yah, I’ll ask him to lend it for just a minute. Why wouldn’t he lend me a hammer? Just because I’m a stranger?”

John stumbled around the apartment looking for his keys, which he eventually found on the couch under all his sports gear. As he went for the door, he thought: “Come on, John, you wouldn’t lend a hammer to stranger, right?” And it crossed his mind that a shop like that must have expensive and fancy equipment. The owner needs to protect it.

With growing doubt, he stepped into the elevator and pressed zero. As he looked at himself in the mirror, he said: “Is there a reason for him not to trust me?… Well, folks don’t trust each other like they used to, do they? And besides, I’ve just moved in. For all he knows, I’m a thief!”

Ding! The elevator door opened and John stepped out. He exited the building, looked across the street to the shop and asked himself: “Give me one good reason why he shouldn’t help me?” Then he thought: “Well, for starters he could be a selfish jerk who doesn’t give a damn about anybody!”

He resentfully crossed the street and walked into the shop. “Good morning!” He bluntly blurted to the young man in a suit sitting behind the counter. The man stood up and with a smile replied: “Good morning, Sir. How can I help you?”

With a cold face, John looked him in the eye and, with a touch of bitterness in his voice, said: “You don’t know me and there’s no reason for you to trust me. For all you know, I’m a thief. I actually live across the street and can’t find my hammer. So for just this once could you not be so overprotective and lend me one of those expensive hammers?!”

To the amazement of all those in the shop, the tall, self-confident young man disappeared into the back, dragging behind him his red portable oxygen tank on wheels. He returned bearing a hammer in his hand. In silence, he extended the gift to the stranger.

After thanking him and promising to be right back, John turned and left the shop. As he was crossing the doorway, the young man said: (now pick the ending you like most)

Ending 1: “By the way Sir, this is why I love my work. You see, since 1989 we’re in the business of restoring not only paintings but, more importantly, perceptions!”

Ending 2: “By the way Sir, since 1989 we repair problems with better questions. Try it. You see, the mind has no choice but to always find an answer — even to bad questions!”